Diet Soda – Why Should You Avoid It? 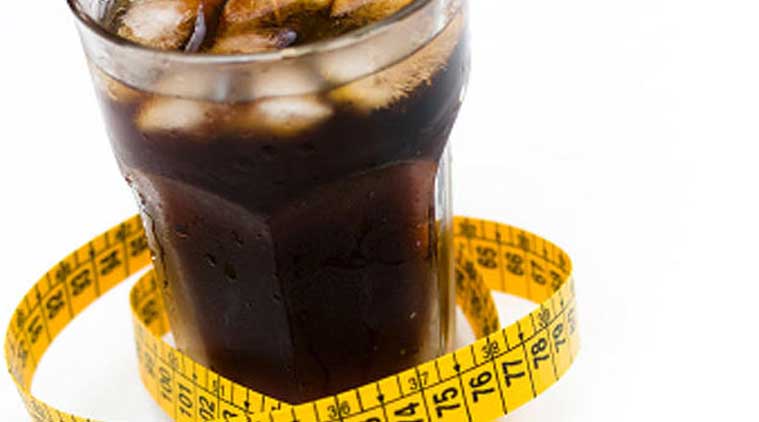 Fluctuating weight gain and weight loss has caused millions of Americans to so called “yo-yo diet”. One thing in common with most is the common products that read “fat-free and sugar-free”. People often opt to buy products with this type of labeling to make them feel better about the processed junk they are buying. If you think about it, when they remove the fat or the sugar from a product, what do they put in its place to make it taste good?

One of the most common dietary allowances these individuals make is consumption of diet soda. What they don’t know is that the diet soda is causing way more harm than good. Let’s take a closer look at how and why.

Diet soda has actually been shown to cause an increase in weight gain. According to a study published by the American Geriatrics Society, compared to those who never drank diet soda, daily diet soda drinkers nearly quadrupled their waist size over nine years1. These individuals gained an average of average of nearly 3.2 inches around their waist1. Another study presented at the American Diabetes Association, found that diet soda drinkers waists grew 70 percent more than the waists of non-diet soda drinkers drinking as little as two sodas per day2.
Processed foods are engineered down to an exact formula using math, science, regression analysis, and energy to find the perfect amount of salt, sugar and fat in products to ignite our taste buds. The artificial sweetener used in diet soda is most commonly aspartame. Artificial sugars encourage sugar craving and sugar dependence. Repeated exposure trains flavor preference.

Likewise, studies show that long term reduction of salt and/or fat for several weeks can alter taste sensory and lead to a lower preference for this taste in research subjects3. Therefore, artificial sweeteners actually stimulate appetite and increase cravings for carbs.
Artificial sweeteners do not activate the food reward pathway the same way that natural sweeteners do. This pathway signals the parts of the brain that connects taste receptors on the tongue for recognition of the stimulus and feeling of satisfaction following ingestion of food with pleasant tastes3. The trick to reduce these cravings is to unsweeten your diet.

Aspartame can also have damaging effects on the liver and the brain. Also known as NutraSweet and Equal, Aspartame is manufactured from aspartic acid and phenylalanine. Methanol is released from the aspartame within hours of consumption and begins traveling through the body via the blood4. Methanol coverts into Formaldehyde are a serious neurotoxin and carcinogen. Aspartic acid also can affect your brain cells since it is capable of crossing your blood-brain barrier4. These amino acids mediate the death of central neurons after intense exposure4.
Your blood-brain barrier, which normally protects your brain from toxins, is not able to adequately protect you against the effects of aspartame consumption because it5:

• Is not fully developed during childhood
• Does not fully protect all areas of the brain
• Is damaged by numerous chronic and acute conditions
• Allows seepage of excess aspartate into the brain even when intact
Pregnant woman should especially avoid the diet drinks sweetened with aspartame. One large study which included more than 59,000 Danish women found that even just an average of one soda per day increased their risk of going into labor before the 37th week by 38 percent6! The study also showed that those who drank four or more diet sodas increased their risk of premature birth by 78 percent.
The research and publications are endless when linking diet soda to disease. It is an addictive substance that is often hard for someone to give up. However, by becoming aware of the potential side effects of “diet” foods and drinks, one can conclude that it should not be a part of anyone’s diet. Soda can affect the absorption of many minerals and vitamins which are crucial for development of many systems of the body.

Diet soda is just one of the many culprits in today’s society that is causing disease. By knowing deficiencies and toxicities that make up one’s metabolic analysis, one can evaluate their lifestyle and make better choices to optimize their health. It’s not easy knowing where to start. That is where your experienced nutritionist can help you by analyzing your comprehensive blood analysis and hair tissue mineral test. Ask us today on how you can start on your way towards better health!