At Straight Nutrition, we tend to get a little passionate about things that we believe are NOT OK. And we don’t believe in slavery.

Here is the Opening and Closing to one of our “It’s Not OK” talks. We are connecting our auto-ship program to helping FREE the girls that are help hostage as sex slaves. Listen on and see how you can free YOURSELF from your health slavery~!

“It’s NOT OK, but you can do something about it” is Straight Nutrition’s theme for 2014. Here is what we are going to do about it.

For every auto-ship purchase that you commit to with Straight Nutrition, we will make a donation to the children that have been taken captive in the sex trade and send you a bracelet made by their girls.

See our products that have re-occurring shipment available:

or BUY our “Ropheli Means Vitality” Basic Nutrition Package which offers a discounted price for supporting your body with our Straight Nutrition top selling products.

100% of your donated funds will go to the support of this issue. We will send you the “IT’s NOT OK” armband made in Straight Nutrition colors to remind you that you are “doing something about it”.  As we work to strengthen out YOUR food and strengthen YOUR core, your commitment to yourself strengthens these girls, gives them work and helps support their rehabilitation. 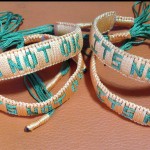 Order your It’s NOT Okay bracelet

Join us  as we come along side of She Rescue Home in their support and work to create work for these survivors. The girls in Cambodia will make our bracelets and receive our funds. The funds are used to educate and rehabilitate these girls. 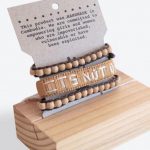 More on the girls enslaved in Cambodia:

Cambodia is situated in South-East Asia and is home to 13.5 milli 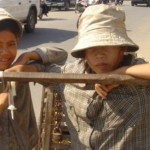 When we began our support of victims who had been trafficked, these were the statistics:

Here are the most recent updates as of the dates listed on each of these downloads:

Stories from She Rescue – It’s NOT Ok

* The photos of children’s faces above are not of actual trafficked children, neither are they associated with the SHE Rescue Home.

This issue is not confined to Cambodia. Operation Underground Railroad is continuing to work around the world to rescue victims of trafficking. You can make a different.

Let us help you get healthy. When you commit to our auto-ship program, we use part of that profit to help heal these victims. Your commitment makes a difference to you and to them.